Sometimes it takes awhile for a song to develop.

March 3, 1931: Harlon Carter hunts down 3 Mexican boys after his mother told him they were loitering around their property. Carter, shotgun in tow, finds them and tries to force them to come onto the Carter property for "questioning." Carter is 17 at the time and has no legal basis to make such an "arrest." They refuse, 15-year-old Ramon Casiano pulls a knife. Carter, 17 at the time, pulls the trigger, hitting Casiano in the chest and killing him. Carter is convicted of 2nd degree murder and sentenced to 3 years in jail. Not such a stiff penalty for murder but, after all, Casiano was Mexican. Carter appeals. A Texas appellate judge overturns the conviction, stating that the original judge was wrong for giving jury instructions that excluded self-defense as an appropriate defense to the crime. I wish I could say "only in Texas" would willfully taking a gun to go hunting for Mexicans be considered self-defense, but there's enough evidence to the contrary.

1932: Originally established in 1924 to counter the entry of Canadian hootch into the US (prohibition), The US Border Patrol establishes a Mexican border division. Harlon Carter's father is a ranking official.

1936: The Border Patrol, seemingly having no reservations about hiring a convicted murderer (overturned or not) takes on Harlon Carter.

1950: Harlon Carter rises through the ranks to head the US Border Patrol.

1954: As head of the Border Patrol, Carter initiates a campaign to round up illegal immigrants. Its official title? Operation Wetback.

1973: Carter is investigated for the theft of 50,000 rounds of ammunition during his employment at the Immigration and Naturalization Service. No charges are filed.

1975: Carter heads a newly created division of the NRA, The NRA Institute of Legislative Action and commences to change the NRA from a hunting and sportsman organization to one with a far-right political agenda.

1977: Carter leads a movement against the leadership of the NRA and is named its Executive Vice-President, establishing a position that no gun control (including background checks) is acceptable. Carter also deems all existing gun laws at the time as unacceptable. He holds office in the NRA until 1985. Carter quotes from the period can be found here.

1981: News reports that Carter had been convicted of murder in 1931 surface. Carter denies it at first, but eventually admits to it. Still lying though, Carter states that the killing occurred on his family property.

February 26, 2012: Trayvon Martin is shot and killed by George Zimmerman, a self-appointed vigilante. Like Carter, he is charged with 2nd degree murder. Like Carter, he claims self-defense. He was scared of a black teenager wearing a hoodie. Unlike Carter, there is no need for an appeal. The jury finds him not guilty. 35 years of NRA propaganda apparently have infused the notion in our culture that killing non-whites is a valid pursuit for scaredy cats. September 30, 2016: The Drive-by Truckers release American Band, an album that includes the song "Ramon Casiano." Harlon Carter isn't mentioned by name, but he plays big in the narrative. Mike Cooley, instead, pays homage to Carter's first victim in the title. And provides the NRA with the legacy it deserves. (Bill Glahn) new link:

Posted by Bill Glahn at 8:09 PM No comments:

Lost in the Flood: The Groundhogs "The Wages of Peace" 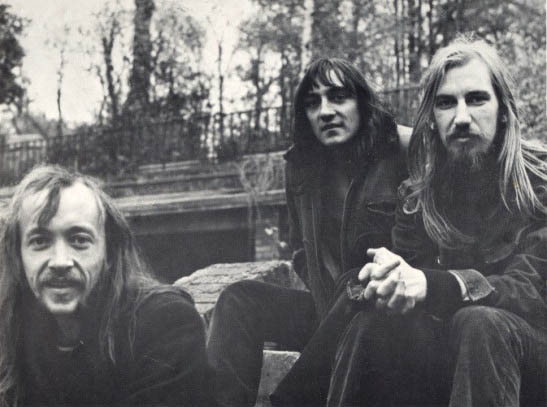 [I plan Lost in the Flood as a series of reviews - songs from 50+ years of r 'n' r listening that deserve more attention than they got - songs you won't hear on "classic rock" radio, but are classics nonetheless.]

After establishing themselves early as an important Blues-Rock band in their native UK (even backing touring American greats Little Walter, John Lee Hooker, and Jimmy Reed as early as 1964), The Groundhogs evolved into something a bit different than most British blues bands. Their melodies became more complex. Tony McPhees's lyrics approached from non-traditional angles. And in 1972 they released what may be the first (only?) rock album that en-capsuled, in it's entirety, an environmental "earth-first" theme. With tongue-in-cheek chutzpah, the album featured a cartoon of them as super heroes and carried the title, Who Will Save The World? - The Mighty Groundhogs. Like most Groundhogs albums, it went nowhere in the U.S.

From 1961-71 the U.S. conducted a defoliation campaign in Viet Nam using an earth destroying herbicide labeled "Agent Orange." The theory was that if you kill the jungle, you expose the enemy. Agent Orange was dropped on almost 20% of the South Vietnamese land mass and the consequences in human toll- not just to the NVA and Viet Cong, but to Vietnamese civilians and U.S. soldiers as well - are now well known. The wages of war were paid to two U.S. companies, Dow Chemical and Monsanto.


From the first line of "Wages of Peace" it is apparent that it is not going to be a typical anti-war song from the period. McPhee establishes the environmental impact, not the human impact, of warfare at the get-go. It's a proverbial list of what was missing from the landscape of peace.

But by the last two verses, the song does get to the human impact in an economy of words - words that paint a horrifying image. 12-foot high tidal waves of destruction. "sulpher fumes take the life from a burning man..." "...So many ways to die, leave it up to man, to invent some more."

Books have been written about the destruction caused by Agent Orange. In "Wages of Peace" McPhee captured the carnage in under 3-minutes (the last couple of minutes are instrumental). The Groundhogs couldn't save the world. Dow and Monsanto are still spreading evil. And the wages of peace (words that never appear in the song) have yet to be realized. (Bill Glahn)

A Is For Alice (Among Other Things)

[Written over a decade ago when I was writing regularly and my pencil was sharper. Published in the 2003 edition of Alt. Culture Guide (Anthem Pop/Culture Publishing, Nashville). Thanks to Editor Keith A. Gordon for including it.] 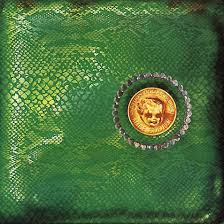 The early ‘70s were a weird time to grow up in Trenton, NJ. The ‘60s had ended right on schedule when Art Holland regained the mayor’s post in 1970 after a 4-year hiatus. Holland, an affirmed bigot, would spend the next couple of decades trying to maintain an invisible wall to keep Blacks in “their” part of the city – out of Chambersburg (a predominantly Italian/white neighborhood on the south side) and the St. Hedwig’s area (Polish northern enclave). In Mr. Holland’s neighborhood “A” stood for “all white.”

But for the youth of Trenton and its surrounding townships, “A” stood for a few other things. For starters, “A” was for “acid.” And there was plenty of it making the rounds in those days. Most of it was a variety called Orange Sunshine that wasn’t as hallucinogenic as blotter acid, but contained a healthy dose of amphetamine that would keep you buzzing long hours after the trip was over. LSD for the working man. And like Baltimore, the city of my birth, Trenton defined working class.

A typical night involved eating acid to “My Stars” and “Halo of Flies” at a non-alcoholic club called The Time Machine (no curfew due to no alcohol). Youthful dopers would usually end up the following noon at The Edgewood Tavern, downing some brews to quench the pastiness in their mouths and curb the frantic electricity in their brains.  And in 1973 the most played tune on the Edgewood jukebox was “Generation Landslide.” “A” was for “Alice.”

I ran into Michael Bruce in Houston this past week. Although the early ‘70s Alice Cooper albums are still no strangers to my CD player, I haven’t really kept up with the re-releases. So I was surprised to find out from Bruce that Billion Dollar Babies had received a deluxe remastering last year that included a second disc made up almost entirely of concert material recorded in Dallas and Houston in 1973. I had seen that tour at the Philadelphia Spectrum and knew that it was pretty much a shambles. But curiosity got the best of me, so I just had to pick one up. Talk about flashbacks!

When most people think of acid in a musical context, they think of The Grateful Dead. Not Alice Cooper. But I can’t think of any of my peers from the Trenton area in those days that were into the Dead. You certainly couldn’t find “Casey Jones” or “Sugar Magnolia” on the Edgewood jukebox. Both of those tunes were released as 45s, so that wasn’t the reason. I grew up in Ewing Township (where The Edgewood was located), a racially mixed suburb just over the North Trenton line and outside of the “protective” segregationist policies of Art Holland. For the most part, we viewed ourselves more in terms of class than race. White, Black, Puerto Rican… it didn’t matter. For most of us, a bright future meant an assembly line job at the General Motors Fisher Auto Body plant, the largest employer in our neck of the woods. We didn’t have the luxury of viewing ourselves as a small communal center of the universe. There was a hard world out there that we would have to deal with, and we knew it. We identified with Alice, not Jerry.

In retrospect, Alice was the perfect primer. Mixed in there among the buzzing flies (“Halo”) and majestic piano parts (“My Stars”) that sounded so righteous to a brain on acid, were the catch phrases. “I’ve got the answers to all of your questions, if you’ve got the money to pay me in gold.” We knew where we stood on that one. The dark humor of “all I need is a holocaust to make my day complete”… we found that laughing at our situation made it more tolerable. And as we were coming down to the sounds of “Generation Landslide” we knew that “decadent brains were at work to destroy” was a warning worth heeding. Let the privileged Ivy Leaguers at Princeton (a bastion of Deadheads in the early ‘70s) live in their illusion that they could go “Truckin’” off to a life of constant bliss. We had to go to work the next day. And besides. The dead were boring. Alice was so much smarter and meaner. “Smart” and “maen” were the tools we needed to get by.

So here I am in 2002 with my brand new copy of Billion Dollar babies, listening closer than I have in years. It starts off with Alice’s amusement at being the object of idol worship (“Hello Hooray”). And it finally dawns on me after almost 30 years that it closes with a mockery of idol worship gone amuck (“I Love The Dead”). Was Alice taking his own shots at the Dead and their legions, disguising it as a sort of Vincent Price B-movie? “I never even knew your rotting face.” Am I giving Alice too much credit here? Probably. But taken in this context, “I Love The Dead” is Cooper at his smartest and meanest. And in my mind, that just moved Billion Dollar Babies from a “B” grade to an “A.” (Bill Glahn)

Posted by Bill Glahn at 8:46 AM No comments: