(A blast from the past from the archives of Bill Glahn, September 25, 2003, Counterpunch ) 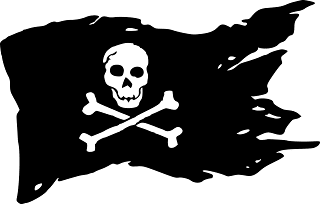 
Try this recent example out for size. “We are only filing lawsuits against uploaders at this time.” That will surely calm the fears of any P2P file-sharer that has disabled the “upload” feature on their Kaaza software. Those nice guys at the RIAA don’t really want to deprive people of the pleasure of listening to music after all. They’re only after those “immoral” characters that distribute unauthorized song files.


So what exactly is the difference between an “uploader” and a “downloader” anyway? Until the RIAA announcement, I had always thought that uploading required a conscious effort on the part of the source. This column didn’t magically appear on the Counterpunch web site. Somebody at Counterpunch HQ had to send it there.


In commerce, an example of uploading might be the purchase of a Doublespeak dictionary from an online source. Let’s call the source Dweebster’s. Dweebsters sends (uploads) the software for their dictionary/dictionary to my computer when my credit card clears (hypothetical scenario). Until then, I can’t receive (download) their product. Another example might be that Dweebsters decides to sell a line of Doublespeak dictionaries in a variety of foreign languages. They “upload” the information to their online catalog. These acts require a conscious act on the part of the sender. The person initiating the transfer is doing the uploading.


P2P software has a different dynamic. The host just sits there and does nothing. The order to transfer comes from the end user. In other words, the “downloader” is also the “uploader”. They give the “send” command. The analog interpretation of the RIAA’s position might go something like this… I go to the library. I walk out with a book and never return it. The librarian is guilty of wrongful appropriation.


Only in the vernacular of the RIAA do the words “librarian” and “criminal” have the same meaning. If you think that disabling the “upload” features on your P2P software is going to protect you from RIAA terrorism, you had better think again. The RIAA has already said it won’t. You just don’t understand doublespeak.
Posted by Bill Glahn at 10:12 AM No comments: