"My Way" and the Road to the Alt-Right 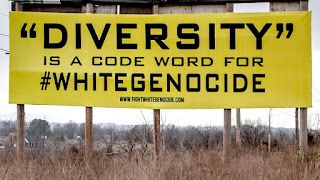 If ever there was a more self-aggrandizing song based in perceived injustices, I can’t name one. The lyrics were written by ‘50s teen idol-turned songwriter, Paul Anka, who then passed it on to Frank Sinatra to record. He couldn’t have found a more suitable vehicle, Sinatra being a hypocrite (a public liberal and a private thug). Sinatra’s version reached No. 27 on the Billboard Top 100 and No. 2 on the Easy Listening chart. Over time, it became Sinatra’s signature song. Anka would go on to have a No. 1 hit in 1974 with the pro-life smaltz of “Having My Baby.” In a 2006 CNN poll for “worst song of all time,” “Having My Baby” had the dubious honor of being voted #1.

In the 49 years since “My Way” was released, it has also become the theme song of every angry white male to come down the pike. Written a mere 5 years after the Civil Rights Act of 1964 and just 1 year after the Fair Housing Act of 1968, “My Way” held special significance for those whites that saw no need to upset the racial status quo in America.


“But through it all, when there was doubt
I ate it up and spit it out.”

The “injustice” of Affirmative Action. The “indignant” intrusion of minorities into previously white-only neighborhoods and schools. And the idea that, somehow, each and every one of those white folks had independently been responsible for their own advancement to the top of the economic ladder.

“I faced it all and I stood tall”

As if no corporate CEO had earned his/her bloated salary on the backs of workers. And on down the chain, no wage earner had ever benefited from the “we” of unionism. No – they got to the status of a livable wage through their own hard work and rugged individualism. Just ask them.

But songs don't predict the future. They reflect the present. The alt-right has been with us for a long, long time.

“My Way” would eventually get it’s rightful place in the halls of notable American songs, not at the hands of Sinatra, but through a sneering rendition by Sex Pistol Sid Viscious and the video which accompanied it. In his artistic coup-de-grace, Viscious shoots the audience.

[Note to copyright maximalists: The take-downs of videos on YouTube that have been there for years and suddenly removed after appearing on this blogsite is an exercise in futility. There are plenty of options for Frank Sinatra's "My Way." Sore losers at the major labels and publishing companies? You lost.]
Posted by Bill Glahn at 9:33 AM No comments: