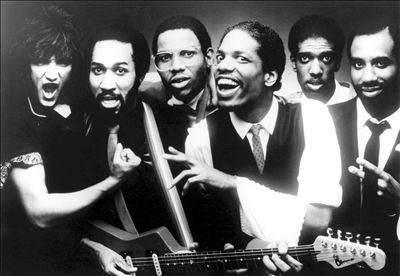 If many white folks have selective memory, there is no better evidence than Trump Chief-of-Staff John F. Kelly’s recent recollection of what was held sacred in his Boston neighborhood while growing up. The churches, the school system, relationships – all of those things were segregated in Kelly’s neighborhood. Journalist Lawrence O’Donnell of MSNBC, who grew up in the same Irish Catholic neighborhood, pretty much stomped all over Kelly’s recollection of how women were held “scared” there as well.

So it shouldn’t be any surprise at how many white folks relate the origins of rock ‘n’ roll to Elvis Presley and Jerry Lee Lewis. In reality, Presley could never be “King” as long as Little Richard was making records, although he was certainly crowned as such. The reality is that so many radio stations, especially in the south, had segregated play lists as well. So no Little Richard. No Chuck Berry. No Bo Diddley. None of those cats in their most productive years. Not in cracker-dominated areas, anyway. Thank jesus for Johnny Rivers, Elvis, Jerry Lee and the British Invasion or we’d have been left to watered down interpretations by the likes of Pat Boone.

When the post-punk New Wave years descended upon the once-again segregated airwaves (now under the safe “non-racist” cover of narrowing genres) there was still plenty of back-tracking to the true originators of rock ‘n’ roll, often without any due credit. Anyone recall the smash hit “I Want Candy?”

Along came The Bus Boys to reclaim rock ‘n’ roll from a Black perspective with Minimum Wage Rock ‘n’ Roll. Not exactly to a yawn from white America, but no sign of any great chart success either. It reached the lower registers of Billboard’s Top 200. Success wouldn’t come until two years later when the band hooked up with Eddie Murphy for the Movie “48 Hrs” and as the opening act for his subsequent “Delirious” tour. That may have been a double-edged sword for the band. The masses might have been able to accept a Black rock ‘n’ roll band as a joke – but only as a joke. And therein lies the racism. It’s only a joke if you dismiss the true origins of rock ‘n’ roll.

I recently came across a copy of Minimum Wage Rock ‘n’ Roll in a Springfield, MO flea market that apparently had seen no playing time. Springfield is easily the most racist city I’ve ever lived in. I don’t know what the original owner could have been thinking when he bought this record. But for a 37 year-old record to go that long with a needle dropping down on it maybe once, they certainly were not in love with it. Maybe they saw the front cover and thought they were experiencing a Howard Cosell moment. Maybe they perused the track listing and saw a song called KKK and figured, “Hey, back to the scared times.” But Minimum Wage Rock ‘n’ Roll is none of that.

The Bus Boys weren’t demanding candy. They were demanding equal wages. And they were using audacious lyrics to point out racism in the music industry as a present problem (then and now), utilizing the music of their Black predecessors to illustrate the white-washing of rock n’ roll history. “I wanna join the Ku Klux Klan/Playin’ in a rock ‘n’ roll band.”  What better way to illustrate the point? Obviously not something a Springfield redneck wants to hear.